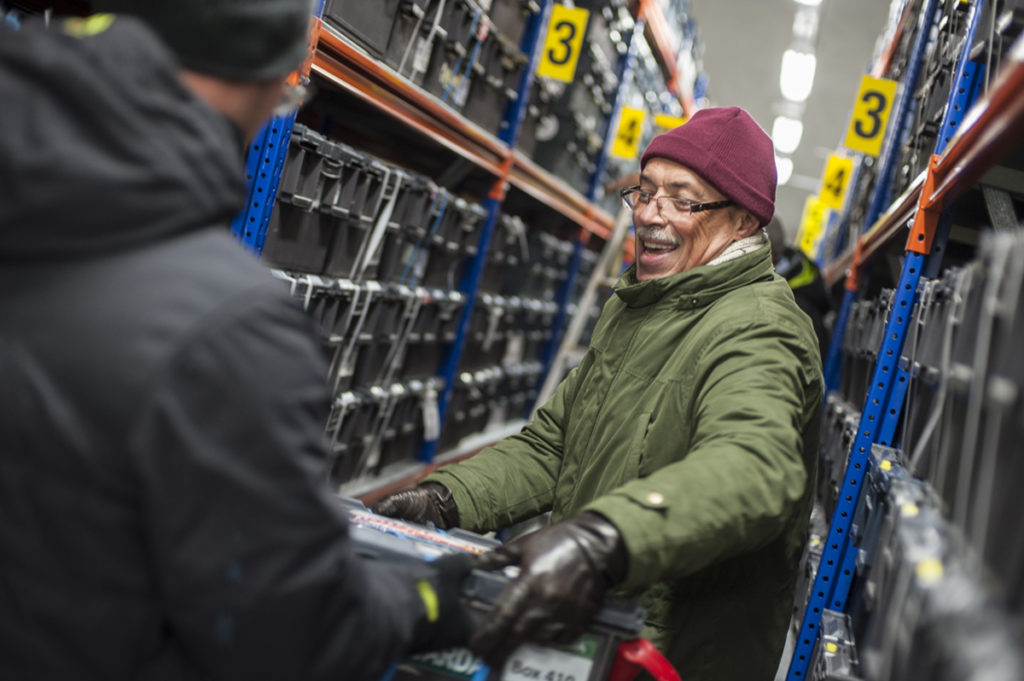 ICARDA (The International Centre for Agricultural Research in Dry Areas) has systematically duplicated their seed collections in Svalbard Global Seed Vault, since the Vault was opened in 2008. During the period from 2008 to 2014 ICARDA deposited 116484 duplicate seed samples in the Svalbard Global Seed Vault. With the escalation of civil strife in Syria, ICARDA was forced to evacuate its headquarters in Aleppo, where its seed bank contained 150,000 cereal, food and feed samples from more than 100 countries. A major part of this collection was secured via duplication and safe storage in the  Seed Vault.

The first withdrawal of seeds was conducted in September 2015, also then in cooperation with the Global Crop Diversity Trust. A total of 38073 seed accessions arrived safely in Lebanon and Morocco in good condition, and were sown already in November 2015. The second seed withdrawal included 54354 accessions to be sown and multiplied from this autumn. Returned seeds represent a mixture of crops within cereals, legumes and forage crops.

ICARDA was able to produce new seeds of a substantial part of the accessions that were returned in 2015 already the following season. New seeds of annual cereals and legumes were harvested in 2016 and fresh seeds of more than 20,000 accessions were re-deposited in Svalbard in February and September 2017. More seeds from the substantial regeneration program is expected in Svalbard at the occasion of the 10 year Seed Vault anniversary in February 2018.